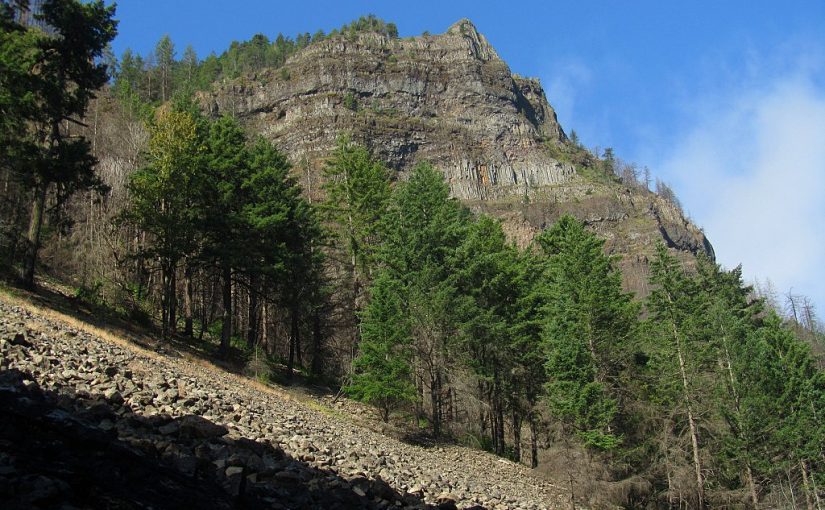 I headed out with the hope of doing Wyeth trail. According one of the sites listing open trails was open. When I got to the trail I found it fenced off. Fortunately I had made plans for this event and headed off instead on Trail 400 to connect in with Herman Creek group of trails. This section of trail 400 I had not done before so something new to experience. I did go through an area that had its under-story burned by the fire but very little big tree damage. It did have some interesting view point on route but mostly just a walk in the woods. When I got to Herman Creek I decide to do the Indian Point loop so I could get some elevation in. This area was hit hard by the fire with lots of big tree kill but ground cover had already recover. So it was about 15 miles and 3000 ft. elevation gain day.