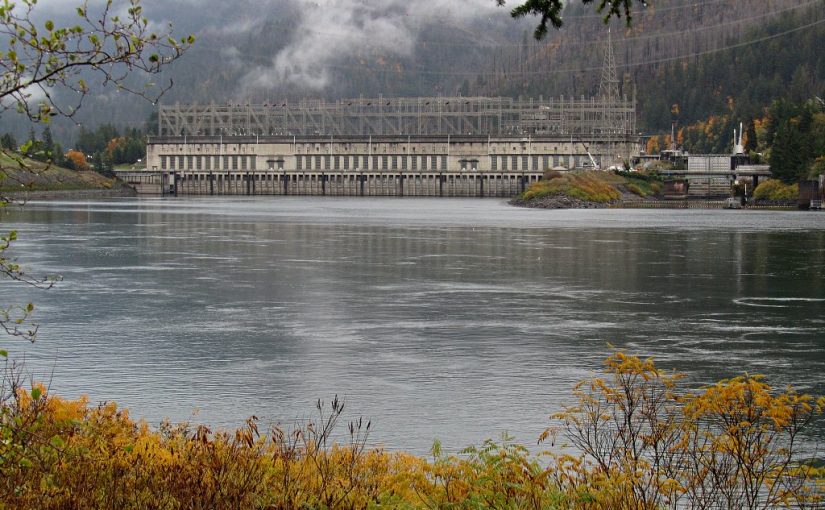 Knowing it was going to be a wet day and having scouted these two trail for just such ad day, Lori and I did the Fort Cascade National Historic Site trail and the Whistle Punk Trail. Both are short interpretive trails that lets you get out and see something interesting and then get back to the car to dry out. We finished off our short wet outing with pizza and beer at Backwoods Brewing.

So this place use to be something back in 1850’s to 1890’s. The Fort was established to protect the portage around the Cascades on the Columbia from the local Indian tribe. The fort was abandon by the army when the troops were called East for the Civil War. The Fort and Town of Cascade were washed away in the flood of 1894. So now you has some informational signs and markers, a nice trail in the woods and great views of the river, gorge and Bonneville Damn from the Washington side.

Whistle Punk Trail use to be something when it was built. It was built as an ADA trail that commemorated the days of steam powered logging. It is situated in area that once did forest management research and had a large seedling nursery. Now the trail is more of an archaeological survey walk trying to find artifacts of what was or just a short walk in the woods.

Once again back to Backwoods Brewery Co. The large open tent makes you feel like is a safe place in a pandemic.