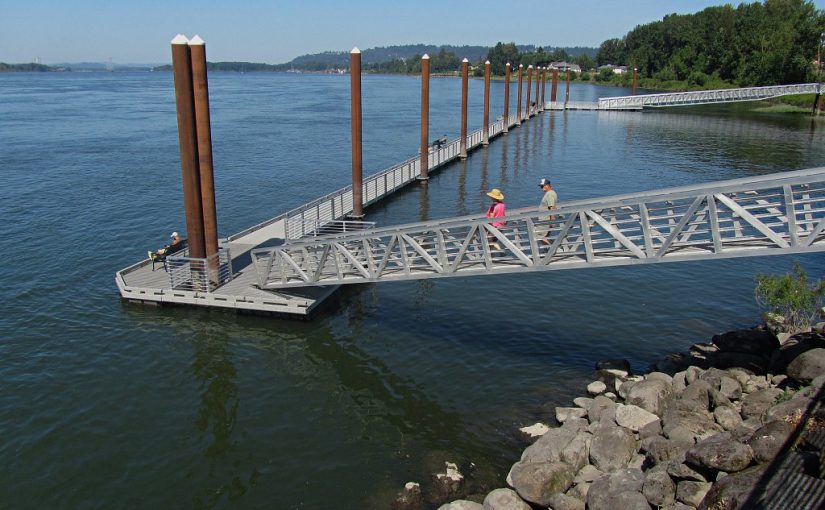 Exploratory bike ride at Captain William Clark Park. Last time I was here (almost 30 years ago) they were just starting the park and pedestrian tunnel under Hwy 14 was just an idea. My plan was to start at Steamboat Landing and ride to and around the Wildlife Refuge. I started mid morning on a nice day and encountered a lot more foot traffic then I had expected. Steamboat landing was where the steamboats would dock to unload their cargo for the Pendleton Mill that was here. Now they have a nice fishing and walking dock.

The bike ride took me pass a couple of interpretive view points before getting to the developed part of the park. This area had to many people with kids with no masks to be comfortable about exploring it. So I headed down to the Wildlife Refuge to find it closed. That was a surprise and made for an early turn around point. I only got five miles round trip in. So not a place for me to return to until the pandemic is over and Wildlife Refuge reopens.

How can you tell you are not in Portland, the pedestrian tunnels do not smell like piss.