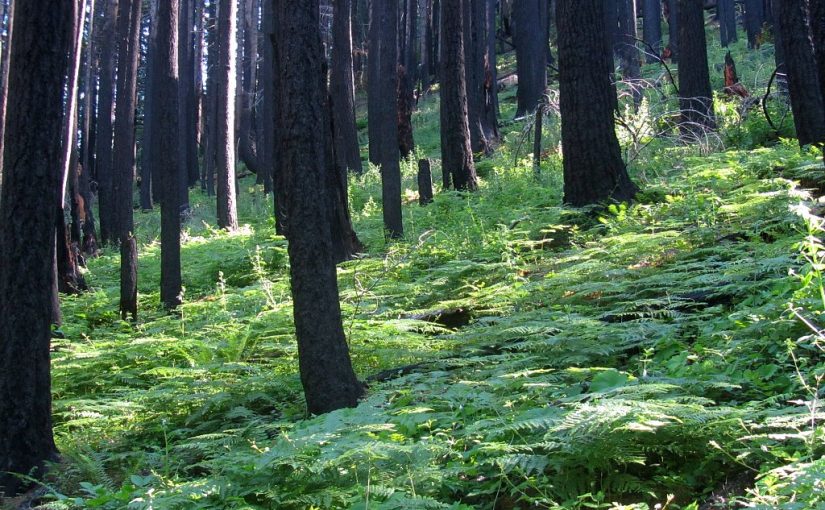 So this Sunday was a solo hike in nice weather. I wanted to do something long and I have been wanting to get into a burn area of the Gorge so I did Herman Creek Trail up to the Herman Creek crossing. It came in at about 18 miles, 3000 ft. gain and 9 hrs on the trail. I have hiked this trail a number of times before the fire so I had a good reference to see how the fire had changed it. I was happy to see how much it had greened up and how the fire did a patch work burn and a clearing of the under-story. There were some spots of total burn where the trees were killed and under-story also. The duff was gone from all of the burn area. The trail was in good shape and made for good hiking. There was also a search and rescue operation going. By the time I got back I found it was a full call out and everyone was tight lipped. It took me a while to figure out but I came to realize it was now a search and recovery operation and they were in the process of the pack-out. The person was a Mazama member but no names given.

There were lots of small flowers.

And where it was green, it was very green.