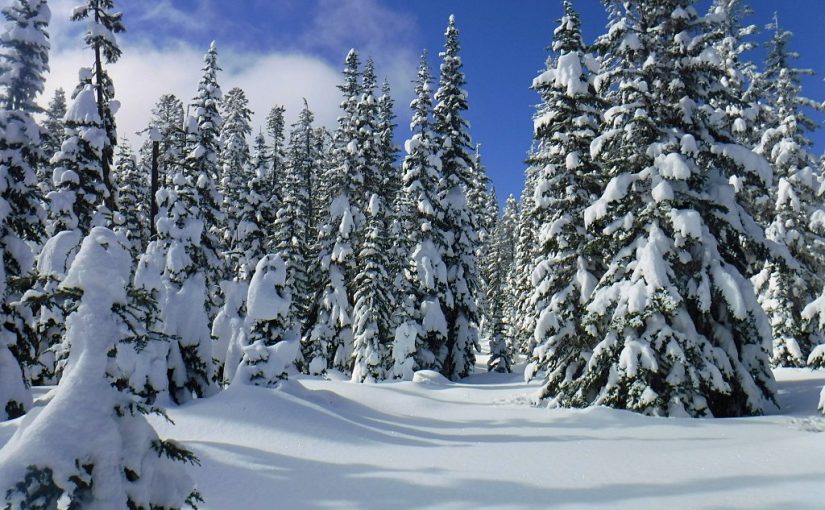 Conditions came together nicely for another snowshoe. We had good weather and a little less then a foot of new snow over a compacted base. Lori, Jeanette, Audrey and I went out of the White River SnoPark with a destination for Boy Scout Ridge View Point. We started in a fog that burned off later. The only fog that remained was in my memory as it had been a long while since I had done this route. We ended up running the ridge rather then the road so it made for a lot of route finding and breaking new trail. But it was beautiful in the snow covered trees and we had some great views Mt. Hood. This is not a long snowshoe but with breaking trail and route finding we were all tired out by the time we got back.

Video of the snowshoe