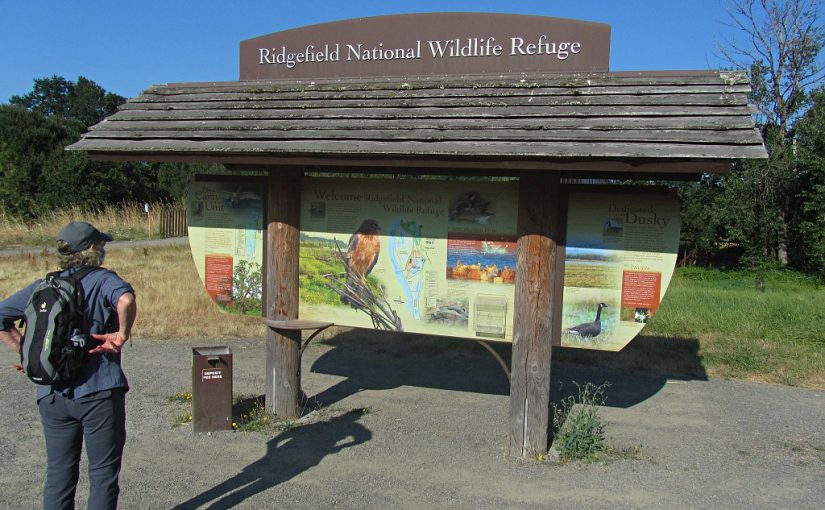 We decide to try a very short and easy hike at Ridgefiels Wildlife Refuge. We were trying this out with social distancing and mask on during the hike. It turned out the trail we wanted to do was part of Refuge2020 program so the trail was in the process having a lot of changes underway. But is was open so we did a couple of miles through an area that had the Douglass fir logged out and lots of blackberry bushes come in. But is was a nice day and there was some greenery and large White Oak trees to see.

After the hike we did an out door social of micro beer sampling and munchies. We did it outdoors and kept six feet of distance between us when ever we had our masks off. We had a good time and learned some lessons on doing an outing during a pandemic.