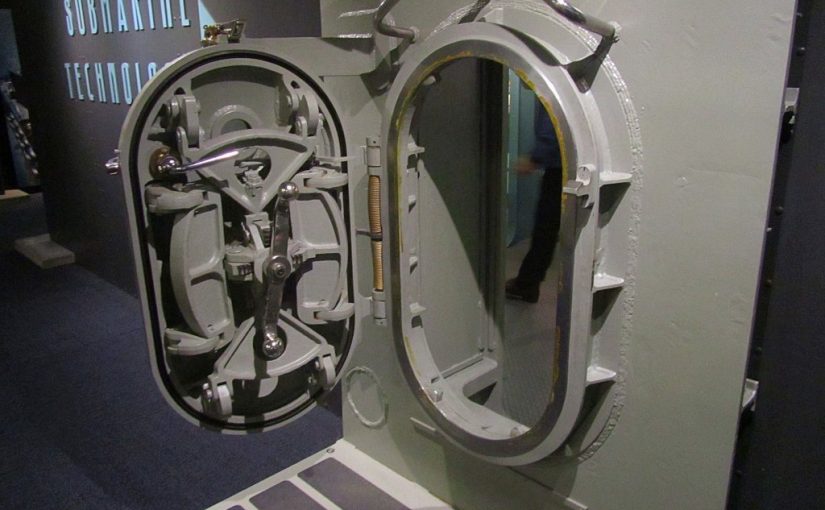 I a did a trip up to Port Angeles to see family the last couple of days. On the way up we stopped off at the Navel Undersea Museum in Keyport. It features undersea operations of the United States Navy focus mostly on Submarines. The route through the museum builds up the Trident missile carrying subs. Not a surprise since we were right next to Banger one of the main Trident bases. You could feel the glow coming off of the the nuclear weapons.

The Museum was pretty extensive so you had the idea the tax payers drops a few bucks on this place. The information carries mostly up to the end of the cold war with only a small amount of what has been going on since than. A few parts were still carrying the cover up stories of the cold war even though the true stories were leaked long ago. If one has an interest in this type of stuff this is a good place to visit. If one once to get an idea of how close we were to a nuclear winter this is a good place to go. The Trident MERV warhead display should be enough to send chills up your spine.