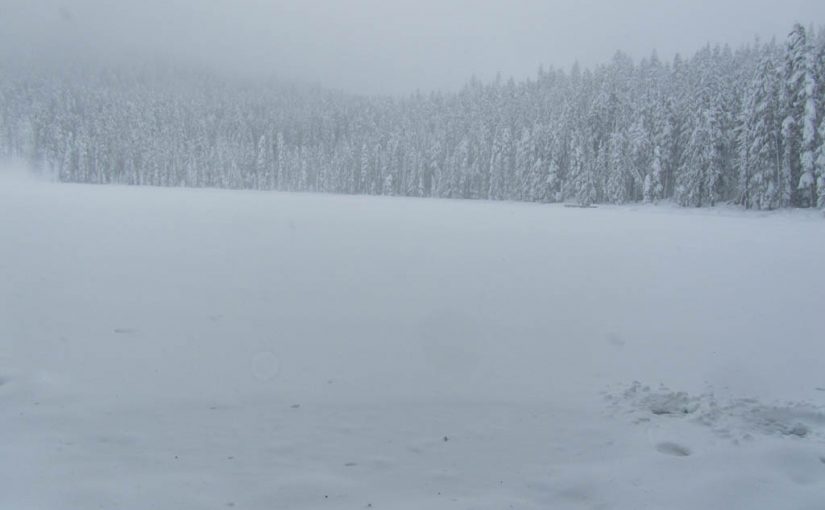 We got out for the first snowshoe of the season. We did a short shake down cruise snowshoe to Lower Twin Lake by Mt. Hood. Lori and I drove up early or we at least left early. Traffic was bad and it took a long time to get to Frog Lake Snowpark. We met Megan there and after getting gear on got on the trail. There was a nice trail pounded in to the lake. We had lots of snow bombs falling but overall not bad conditions. We only did about four miles and 600 ft. gain but that was enough for the first time out. Traffic as at a stand still heading home. We made a quick change of plans and went home by way of Hood River.