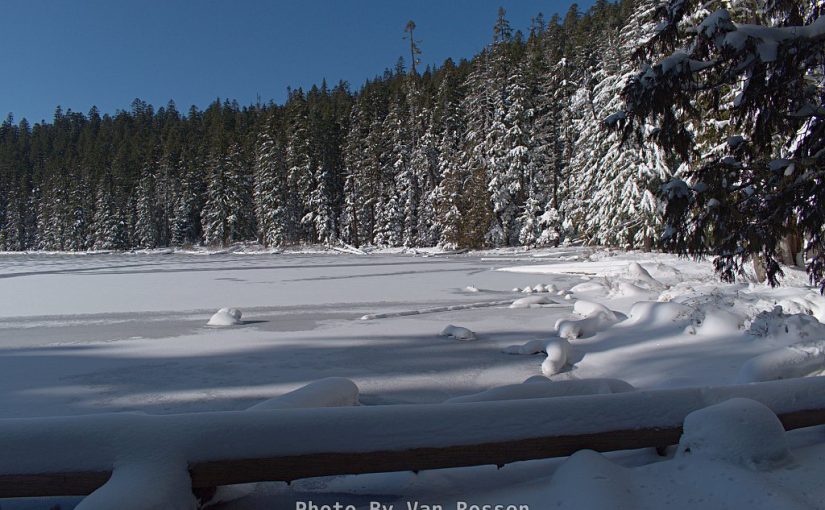 So Lori and I opted outside and did a short shake down snowshoe to Lower Twin Lake in Mt. Hood National Forest. This was a short out and back snowshoe. First time in a long while to be starting out with temperature in the teens. But it was a clear day with little wind. We had our gear worked out pretty well this year with only little tweaks we might want to make. We had less snow then I had hoped for but deep enough for a snowshoe. Hopefully this will be the base future snow will build on.