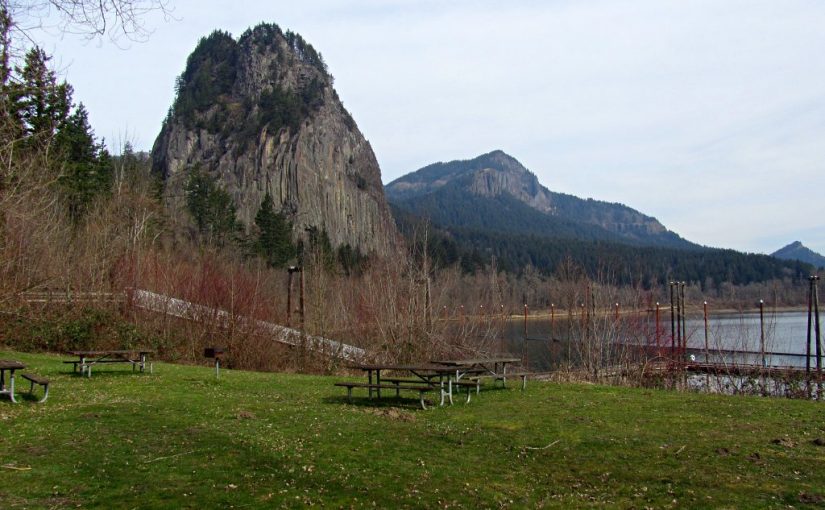 It seems like I planned this drive five or six months ago. Then a new wave of the pandemic hit and we could not cross the boarder into Washington. Things have finally gotten better and today I did this long over due drive. The only thing is when I got to the first place on the list I could not remember why I wanted to go to these places. I have been driving by them for years and never stopped. Was that the reason for this list. But I had a plan so I pressed on.

All of these places are on the Washington side of the Gorge heading out of Vancouver. The first was St. Cloud Day Use Area. It looked like it had been someone’s apple orchard and is now a Forest Service Picnic park with access to the Columbia River. The Second was Franz Lake National Wildlife Refuge viewpoint. This is a pull out from that road and a place to look at the like. At one time this my have been nice but all of the trees have grown up blocking the view. The next one was Sams – Walker Day Use Area. It is a parking lot that has a nature trail from it. My knees have been bothering so I could not do the walk today but now I know where it is and can return some day. Then it was on to Beacon Rock Start Park. I have often been to Beacon Rock to climb or hike to somewhere in the park. This time it was to a day use area, campground and boat launch. Only this last year I found that out that park was not just there for use to climb Hamilton Mt. There was a very nice view of Beacon Rock and Hamilton Mt. From the boat launch. Finally it as time to for Fort Cascade. The Fort and the town of Cascade were swept away in a flood in 1894. But they both played an important roll in the early days of settlement. They have signage and in a building at the start of the trail that explains what was important and have placed markers where buildings, graves or tracks were laid. There are also some great views of Bonneville Dam along the trail.

So I have now completed my exploration drive that I had planned out many months ago. Now if I could just remember why I so much wanted to do this. Oh well, on to new explorations now that lock down is over.