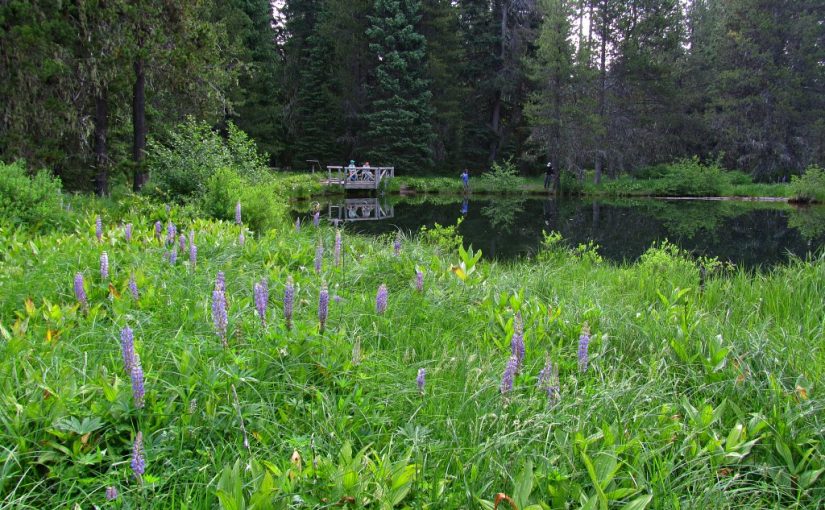 So the plan was to go in at Little Crater Lake to catch the PCT. Then hike North to Jackpot Meadows. The Little Crater Lake meadows were beautiful. Very green with wildflowers. So we had good timing on that. We were catching variety of the flowers at full bloom. The early stretch of the PCT was nice with old growth tree but still some blowdown that had not been logged out yet. After a couple of mile we decide to bug out. After trying to out run the black flys and mosquitoes we decide we had had enough and turn around to go try something else. The deet helped with that mosquitoes but the swarms black flys getting your eye, nose and ears were to much. We decide to drive up to Timberline Lodge and see what the snow condition were like up there. Still snow at the 6000 ft. level and lots of people. We headed back.