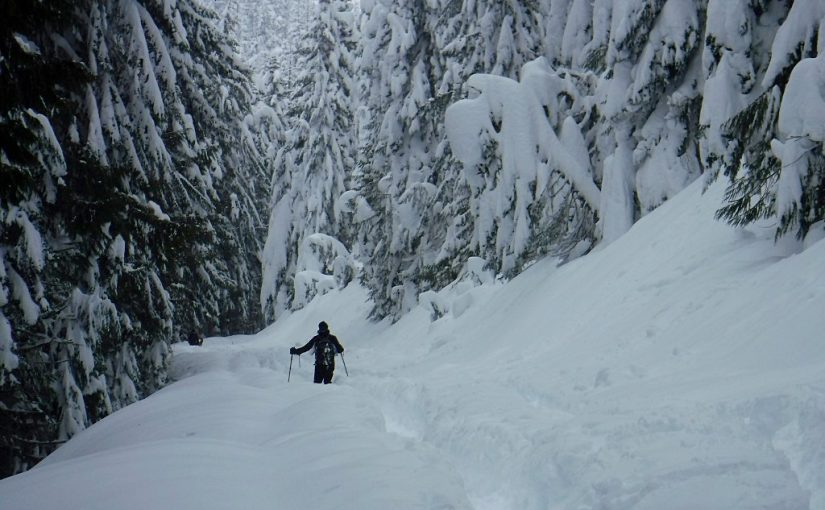 We had a big dump of snow on the pass but the road was plowed and Lori’s SUV was set up for snow so we headed up for a snowshoe. We went through snow showers the whole way up and made it to Barlow SnoPark. I had at first planned on doing an off trail snowshoe but the snow was deep and the snow bombs were falling so we opted instead to just go down the road that goes by Buzzard Point. Someone had put a fresh trail into buzzard Point and Lori led out on that. After Buzzard Point we were breaking trail over a trail and I was glad Rian was along to do most the work. Where I did go off the trail I found the snow up to my waist at times. The fresh snow made all of it hard going so we tiered quickly and returned on our nice broken in trail. We finished the day with food and beers.